So recently I came across a company named Banners on the Cheap.  Basically, they make those giant, vinyl, sale banners that people put out in front of their stores for you to see.  I saw here that someone had used them though to print out a battle mat.  Being the resourceful sort, especially since their prices are much lower then Chessex, I figured I would give it a try and see if I could acquire a battle mat for cheap.

Vinyl Banners
See the results after the jump!

I am super happy with the finished product.  And I have pictures!

We will start with the smaller battle mat. 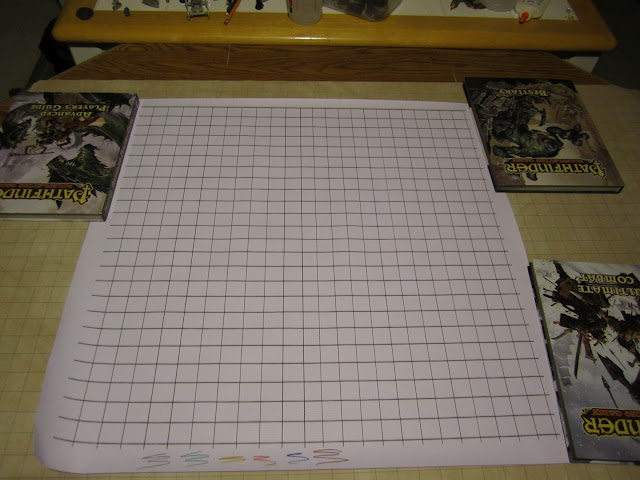 Pretty slick, right?  You can see the Chessex brand battle mat under it there and it compares pretty nicely, in my opinion.  One issue you can see right away is how the grid kind of cuts off and isn't perfect on the edges, but that is mostly my own fault when I was sizing it.  Another issue is the darkness of the grid on my map.  Though that is more my fault because I should have lightened the lines before using the image for the poster.

I was also able to get the grid to match up and be one inch squares, though it took a lot of time and effort.  I would like to see if Banners on the Cheap want to start producing battle mats, they may want to add a "one-click" option where they place pre-made one inch squares on their banners.  And definitely use a grey ink, not black.  They do double sided printing as well, though right now it is the same image duplicated on both sides.  Possibly though they may add an option that will allow a square grid on one side and a hex grid on the other.  Hopefully pre-made, because the square grid was hard enough trying to do it by hand, I can't imagine trying to do the hex grids.

Now, you can see on the bottom there those little multi-coloured squiggles?  Here is a close up: 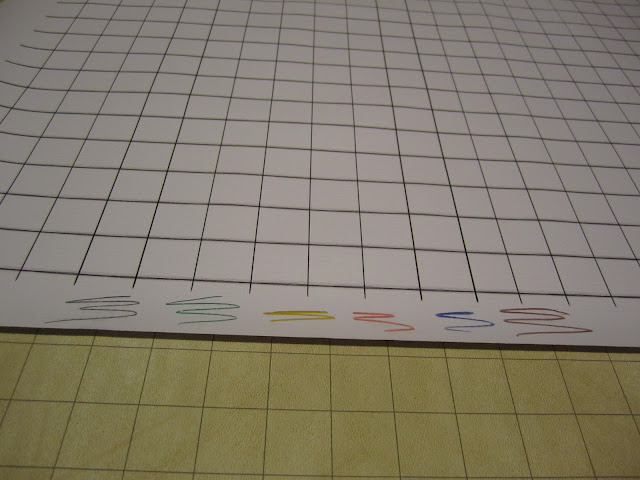 I drew those on last Friday during the day.  With the Chessex mats, one of the biggest problems is color-retention.  Especially with any wet-erase markers that have red in the ink (orange, yellow and red) are the worst culprits.  Also, even with black you have the issue of color retention if you don't erase it relatively soon after drawing on the map.  So I decided to let the ink sit on there for a couple of days and see if there was any color retention. 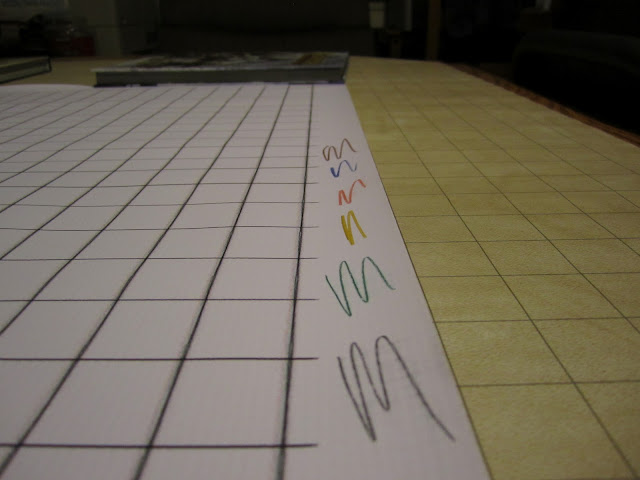 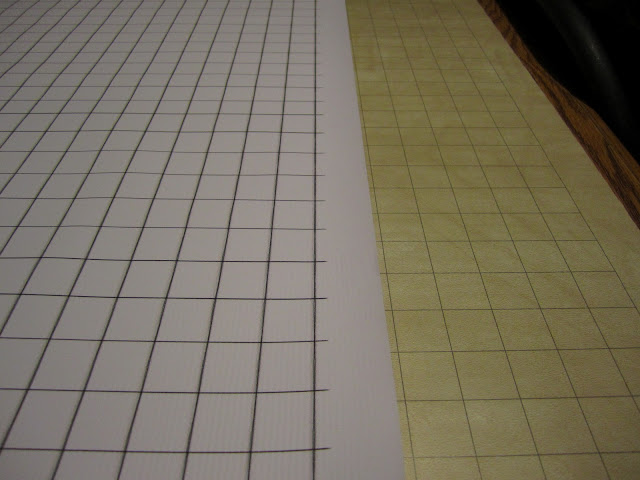 It may be kind of hard to see in that image, but there was some slight residual color left behind by the colors, but it is vastly improved compared to the residue left behind on the Chessex mats.  Everything erased really nice and smooth.

And, of course, who could resist indulging in a little fun with the new map? 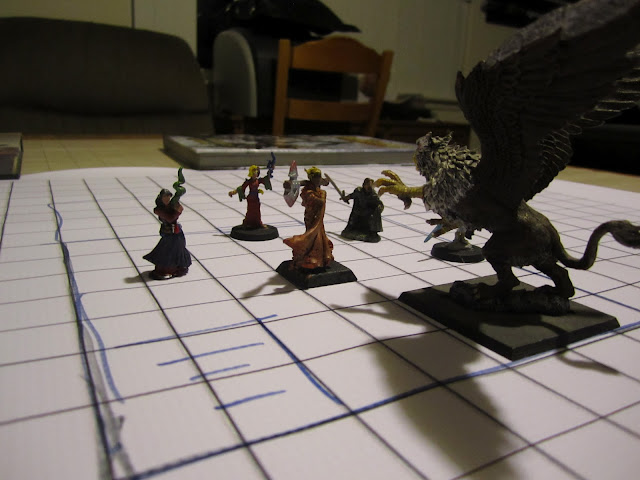 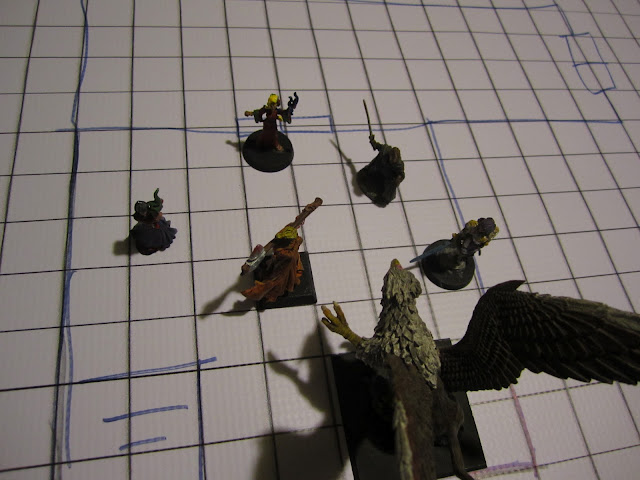 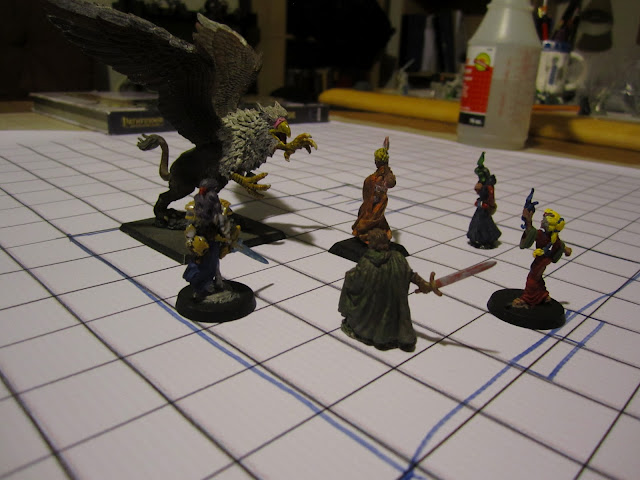 Have I mentioned I paint figures?  I paint figures.  Other then the griffon, I painted all the PC mini-figures.  I will be doing some posts in the future show casting those later on.  But as you can see, the grid I made is to scale and fits the various sized figures.  Thanks to the ease and non-permanence of different colors, you don't have to be limited to only black when drawing out pictures.  And especially since I used black for the grid-lines, I needed to use a blue pen for the room I drew to stand out.

Now, for the big map.  I will beg your indulgence for some of the glare in the pictures, I had to take the pictures at night so there was some glare from the flash or the light in the room.

Here is two full size pictures of the map: 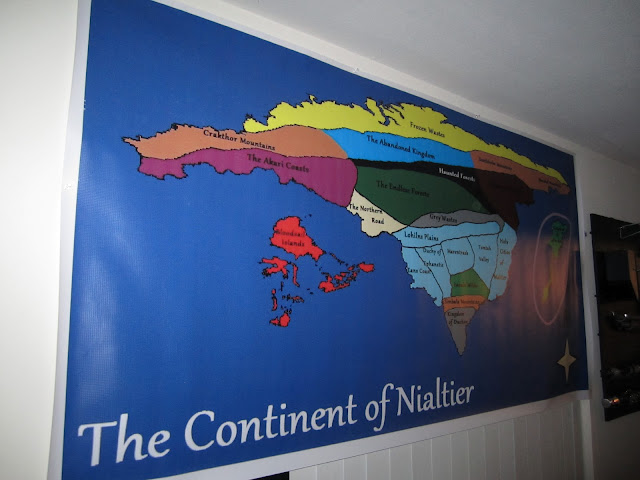 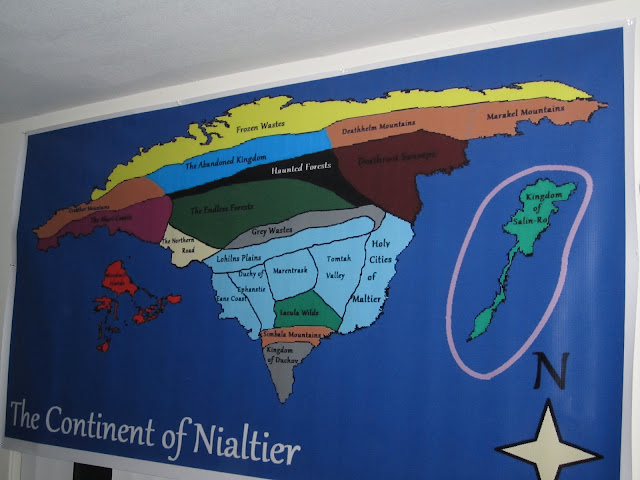 I was so super excited to see this when I opened up the box.  Seriously, nothing is cooler then seeing a massive map of my continent.

Here is some close-ups of various areas of the map: 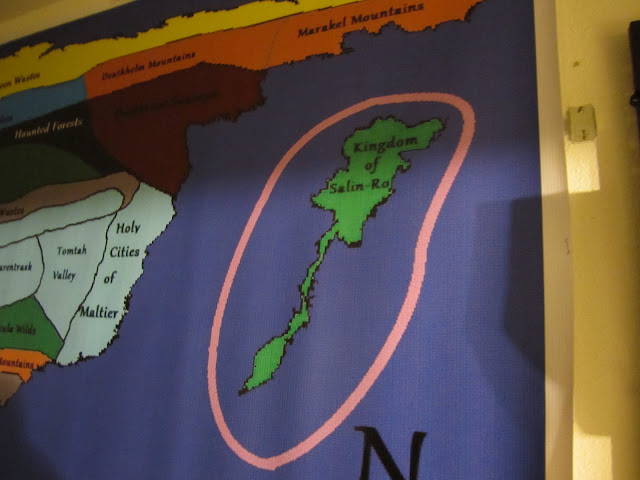 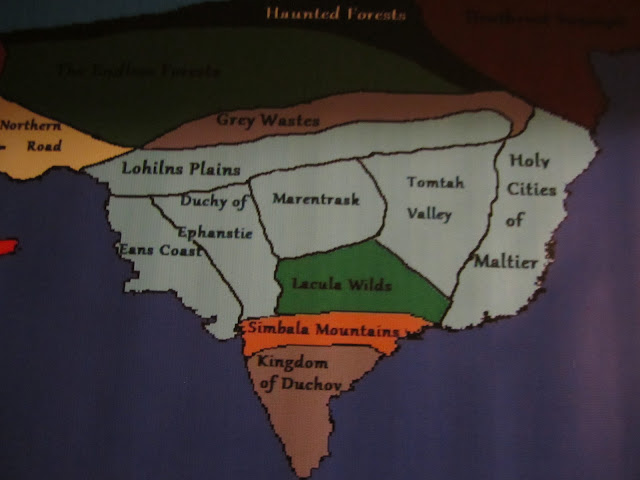 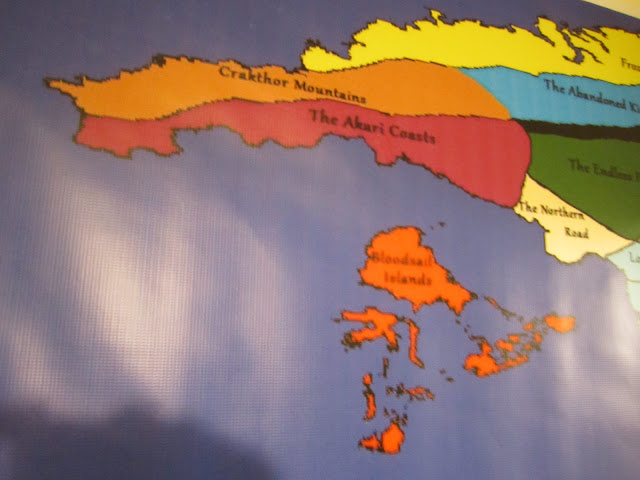 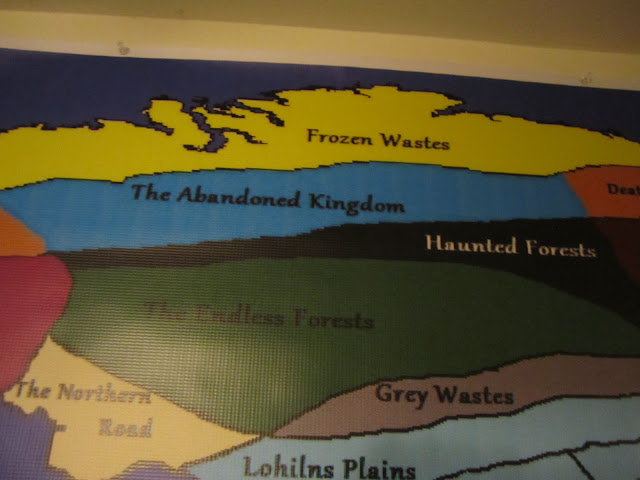 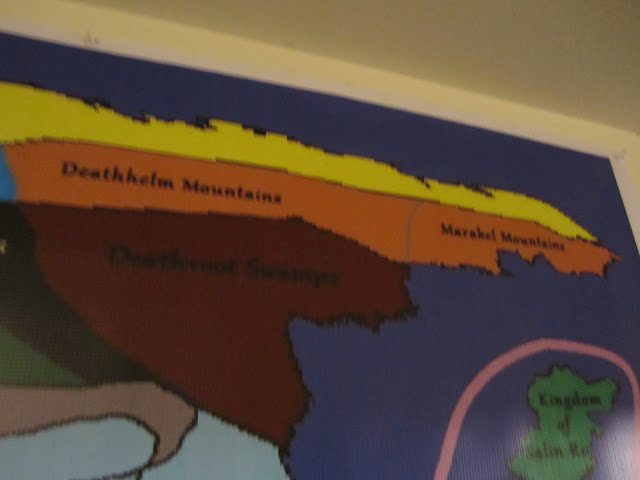 So there you go!  The only real negative I noticed about this map was simply the resolution.  It definitely was a little pixelated up close, but I kind of understand that it may have been due to several factors that in no way is a reflection of the quality of Banners on the Cheap.

In the end?  I highly recommend using this as a less expensive alternative to Chessex.  I would like to see a more streamlined process for making battle grids, as doing it by hand is kind of time consuming.  Other then that, for big posters I recommend using as high a resolution picture as possible to maximize the resolution when you receive it.  But the colors are bright and clear, the map erases wet-erase marker much easier then on the Chessex boards as well.  And the price is really, really nice when compared to Chessex too.
Posted by Sean Samonas at 8:18 AM